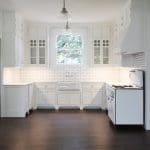 (Part 4 of 4) You’ve seen the trim details of this historic 1920s restoration project. Now we’ll step back and see how those details add up to transform a home. When you walk into a room where details and craftsmanship matter, the difference is dramatic. HULL HISTORICAL NOTES: “In nearly every room in the END_OF_DOCUMENT_TOKEN_TO_BE_REPLACED 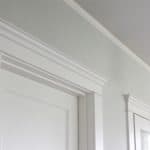 (Part 3 of 4) What’s a great way to show off your craftsmanship? Historically accurate moldings that are properly proportioned. The team at Hull Historical restored the moldings throughout the Willing House with the help of WindsorONE S4SSE Trim Boards and The Classic American Molding Collection, designed by Brent Hull. Too often we see builders END_OF_DOCUMENT_TOKEN_TO_BE_REPLACED 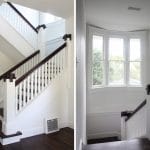 This is about lovingly restoring a house.. that when you walk in, you’ll be walking back in time…” -BH (Part 2 of 4) Brent & the team at Hull Historical aimed to preserve all the details on this restoration project. Moving from the exterior to the interior, this historic staircase makes a great first END_OF_DOCUMENT_TOKEN_TO_BE_REPLACED 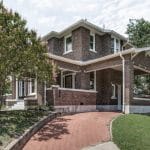 (Part 1 of 4) What happens when you put the effort in to restore a historic home back to its former glory? The results are a thing of beauty & documented in this series of photos and process notes on the “Willing House” – a restoration project completed by the expert, Brent Hull of END_OF_DOCUMENT_TOKEN_TO_BE_REPLACED

Back when it was still the province of East Jersey, the Garretson Forge and Farm was founded in Bergen County; almost 3 centuries ago. The original Dutch Colonial style homestead has gone through several major renovations over the years, notably in 1760 & 1902. The craftsmanship of these previous generations has been impeccably preserved, including END_OF_DOCUMENT_TOKEN_TO_BE_REPLACED 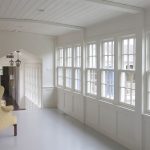 It’s always a treat to see a newly completed project from Brent Hull. Brent is a nationally recognized authority on historic design, architecturally correct moldings & millwork… and the designer of the WindsorONE Classic American Molding Collection. Check out the full story of the addition and interior work done on this 1940s Colonial Revival home.

Over a century and change since it was built, the Old Louisville Inn in Louisville, CO is getting a makeover that will bring it into the 21st century — but with its spirit intact. At least, so hopes J Fred Burns, one of the Inn’s new owners. “We decided we wanted to take the original END_OF_DOCUMENT_TOKEN_TO_BE_REPLACED

BACK OF THE BOARD